Take two on d days. This time I went all alone. With a taxi who dropped me at the front door of the hospital and said goodbye. I wasn’t scarred, I felt like I was ready to just get this done and what ever happened I would be fine….. or if I would die that would be fine too. The feeling of betrayal this time wasn’t from my body or myself it was a feeling of betrayal was from my hubby.  I felt like he had shut down and left.

The nurses were kind and very sweet, but then the form came…. I cannot consent to having a hysterectomy without a written consent from my husband….. I almost had a heart attack. Do they know that it is because of him I am here and not at the gynecologist listening to my baby’s heartbeat?

Anyway, they called the surgeon and it was sorted… bowl cleanse and meds for the next day and I was set to shit all night and watch movies till my bowl runs empty.

It was a horrible night followed by a horrible morning as they were running late, and I was lying in pre opp for hours. The nursing staff and doctors were very kind and made the time pass, but the feeling of impending dread was overwhelming and once again I was facing it all alone.

The operation went wellish…. If that is even a word. I needed a blood transfusion and the procedure took longer then expected. But they removed everything and even found some unwanted cyst on my ovaries that was removed.

I am in bed lying very still as the pain is something strange. I am glad its over and that I made it again…. Made it with even less of myself. Another piece removed. Feeling sad and lost and lonely 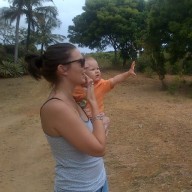